In this guide, I am sharing everything you want to know to maximize the power of your jumper account in Warpath. 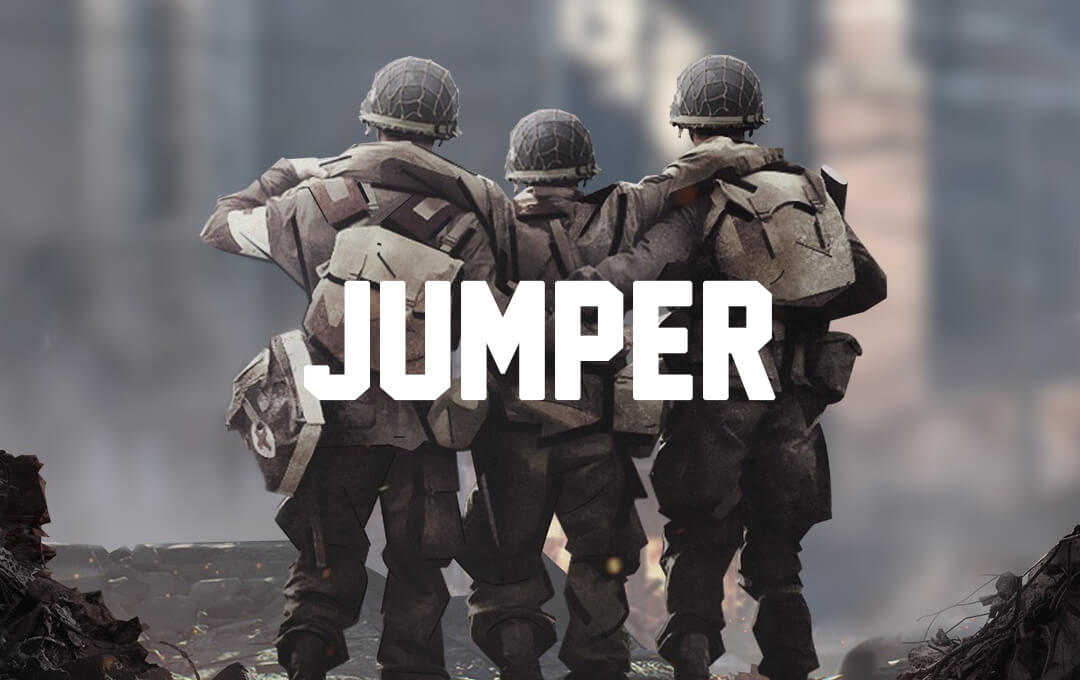 In Warpath, a jumper account is one that has the best possible value before actually using the Beginner’s Starter Pass.

When you first start a new Warpath account, you get to a boot-camp map alongside with many other new players, the city level 1.

You now have a special item in your inventory, called Beginner’s City Pass, which only lasts for 10 days, or until your Commander level is 11. 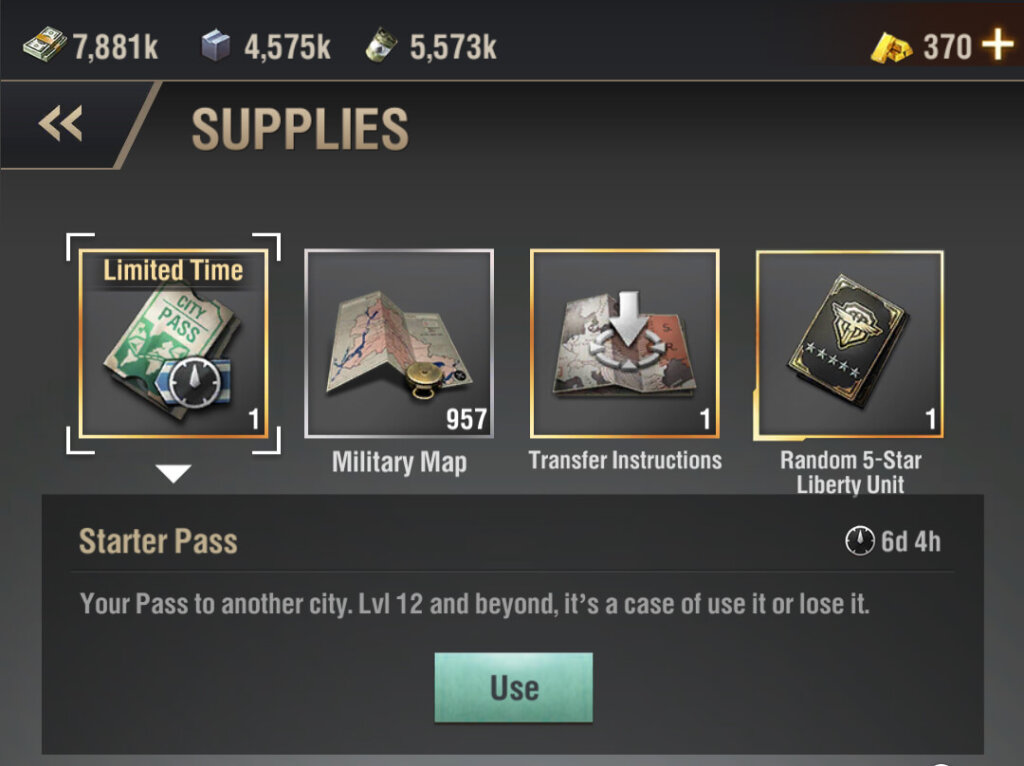 You want the levels of your buildings like this:

This is by far the most effective building setup to get the rewards.

The intention of doing this is to maximize the free stuff before you actually jump or teleport to your starting city!

This means you have 10 days of getting daily rewards, quests, farming resources, etc. before you officially play the game.

This trick works best for everyone, especially free-to-play players, who want to maximize the potentials of the accounts, having a huge advantage over all other players in the first city.

The first thing to do is to pick the server you want to start. Get to your avatar → Options → Roles: This is where you can create a new “account” or “base” in a selected server.

Each one has its own advantages and disadvantages.

The old server has no fog so you can just jump right in and start collecting the map rewards. This is the only advantage it has.

Simply just zoom out and select “Search” from the filter to see all of the rewards on the map (gold icons). 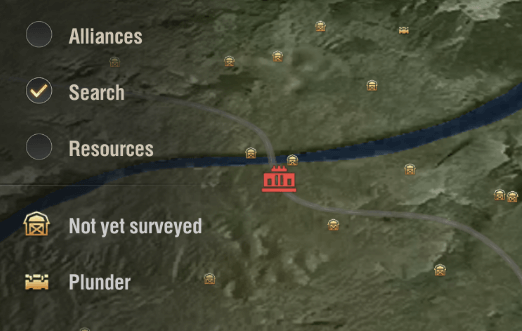 If you can join a friendly Alliance, or a group of friendly players, you will have the chance to get even more value. There are a lot of jumping groups recruiting players right now.

The disadvantage is it’s harder to find Alliance or people to help you farm bunkers or do other stuff.

Urban Planning Event is the most noticeable.

However, even if you start your jumper account on a new server, and then jump to a newer server, it’s still very hard to collect all of the rewards.

So what are the advantages of the new servers?

Here, you are able to start with other new players and have a chance to get the rewards from the Urban Planning Event.

The disadvantage is you have to clear the fog, requiring a lot of time. You can check out these Warpath tips to have a better start in a new server, including the trick to clear fog faster.

If you don’t have a lot of time to clear the fog, then choose an old server.

The fog is so important! Why?

It’s because you can loot all of the free resources on the map a lot faster and easier! You can also exchange all of the War Maps into 3-minute Rushes!

After you open all of those chests and have a great amount of resources, you want to spend those hardly-earned resources effectively.

First, you want to get to VIP level 4, earning 1 free basic summon card every day and other perks as well. I recommend spending all of the Gold you have on VIP levels for long-term benefits.

In the VIP shop, you can trade the resources for other items. I recommend doing some timing so you can buy 2 rounds in the VIP Store before jumping. 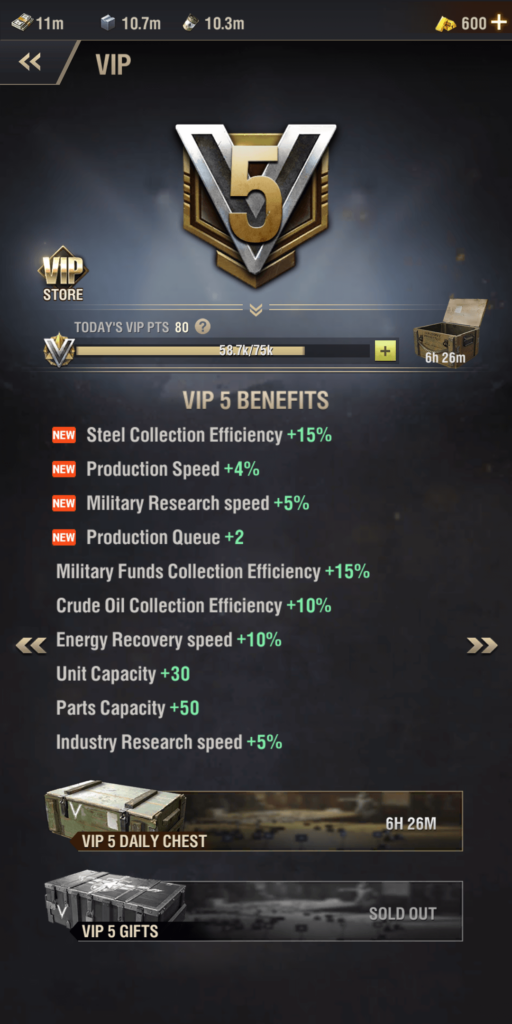 In the Black Market, you want to trade your resources for rushes and resource items. This is where you can get almost everything in the game at a discount!

The campaign is the next big thing where you can get a lot of rewards!

The campaign is pretty straight-forward until Chapter 1-40 where you want to place your troops like shown below for an easy win using only 3 armies:

You can use the 3 types of units as I always use for this early game like in the screenshot above.

You can clear the first 2 waves easily using infantry bunkers for soaking damage and then use your tanks and rockets to damage the enemies.

To deal with the third wave, have your bunker set on the left side of the Town Hall and just wait until the enemies start targeting your bunker. Now, target the 2nd tank to the left first then target the artillery unit right after that. Lastly, take down the tanks.

Here are the details of the units I used:

And this is the commander setups: 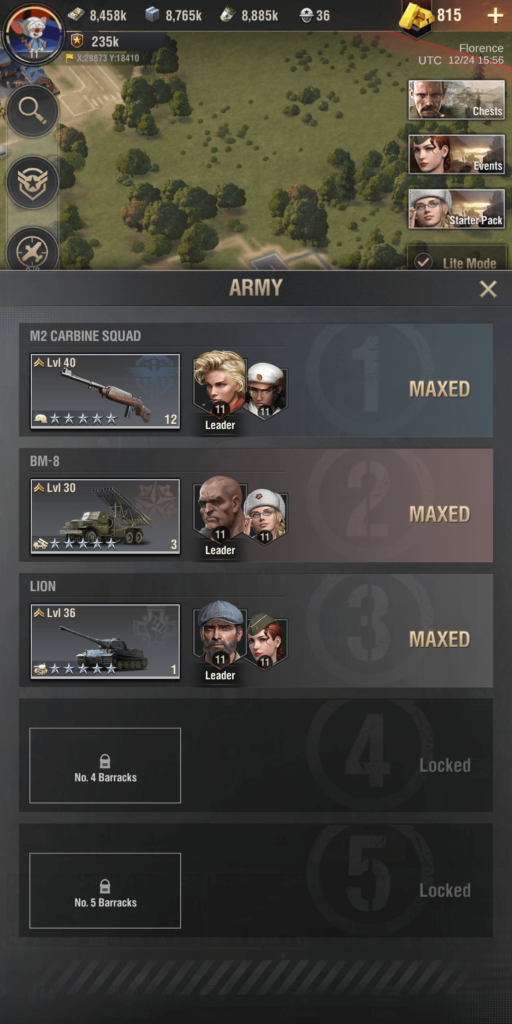 Jurisdiction Event is the next way to get more items for your jumper account!

The first 2 event chests are best for the value! Just spend your effort to get these two! You don’t have and shouldn’t try hard to get the last Jurisdiction Event chest.

You need 7220 minutes of Rushes for the day three beginner’s quest. Follow the event and use the Rushes only when the event requires you to do.

You want to save all of your assembles and unit coupons for the recruitment event that requires you to open those.

You want to try to kill the highest possible Raven level you could.

Every time you take down an unit, it gives you the rewards. Killing them doesn’t cost Energy but collecting rewards does.

Thus, farming bunkers is the best ways to use Energy as it gives Rushes. Each bunker gives 28 3-minute Rushes, which is quite a lot!

However, this requires some helps from other players.

When attacking bunkers, you want to take down all of the units coming out from the bunkers immediately. They are very distracting and could deal a lot of damage.

If the bunker summons artillery, kill it first because it has the highest damage.

Last but not least, just enjoy and have fun!

There are a new sever every day so make sure to check out for the new one when your City Pass is about to expire.

Hopefully, you have gained some great experience from this guide and have a powerful jumper account for your upcoming conquest!