New to Warpath? Here are the top mistakes you should avoid when start playing the game if you want to be stronger! 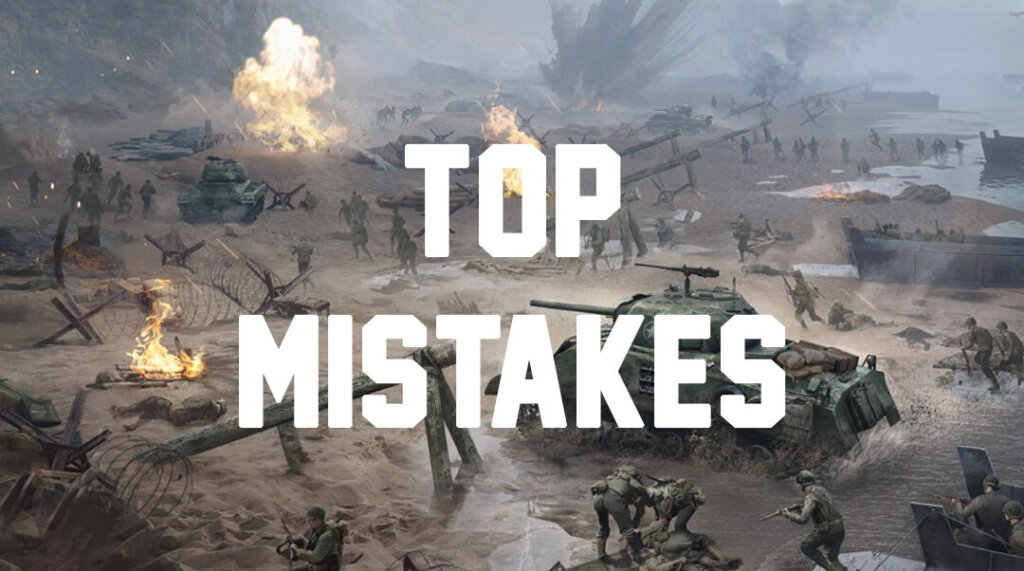 Just like all other strategic video games, unless you have loads of money, you shouldn’t rush too hard on spending resources without having a certain plan.

After learning how the game works, ideally, after your main building hits level 12-13, start saving the resources, building materials, and rushes while slowly researching technologies in the Research Center. 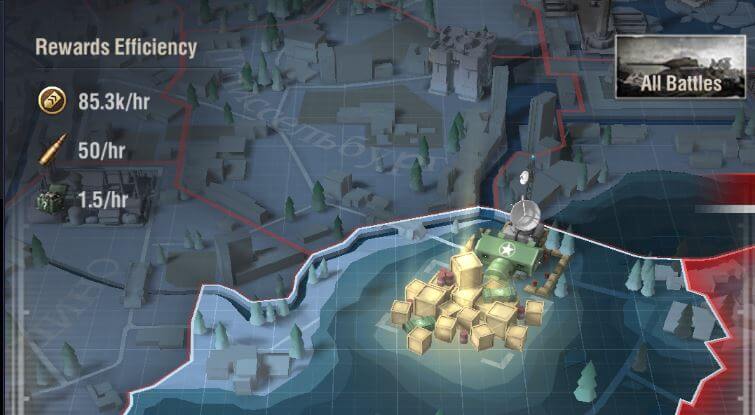 A lot of players are making this mistake as they think there isn’t too much benefit!

Scouting helps you explore more farms, but more importantly, the free rewards on the map which are able to collect immediately.

Moreover, it helps you join expanding the Alliance territory with your friends by getting the villages on the map.

Keep scouting, unlocking fog, and collecting rewards on the map to further increase your VIP level. You can get up to 30k-60k Gold by just collecting the free rewards! 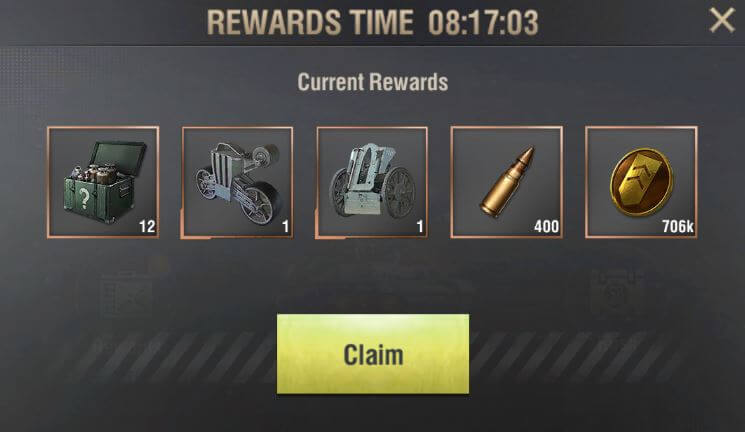 Meanwhile, the Campaign gives passive income, which is crucial for the long-term. The higher the campaign chapter you can get in, the more rewards you can get every day.

Plus, the free Campaign Rush instantly gives you 2-hour of the Rewards Efficiency you could get based on your current map campaign.

You want to get as high as possible here.

Look at the event calendar, know what events will be running, and only use those saved resources (mentioned above) during the related-events to maximize the outcome.

The top priority is to get your VIP level to 4 so that you can get 1 free Universal Coupon every day!

After that, the next priority is to get your VIP to level 8 so that you can increase the Airlift Limit as well as better general producing/farming speed. 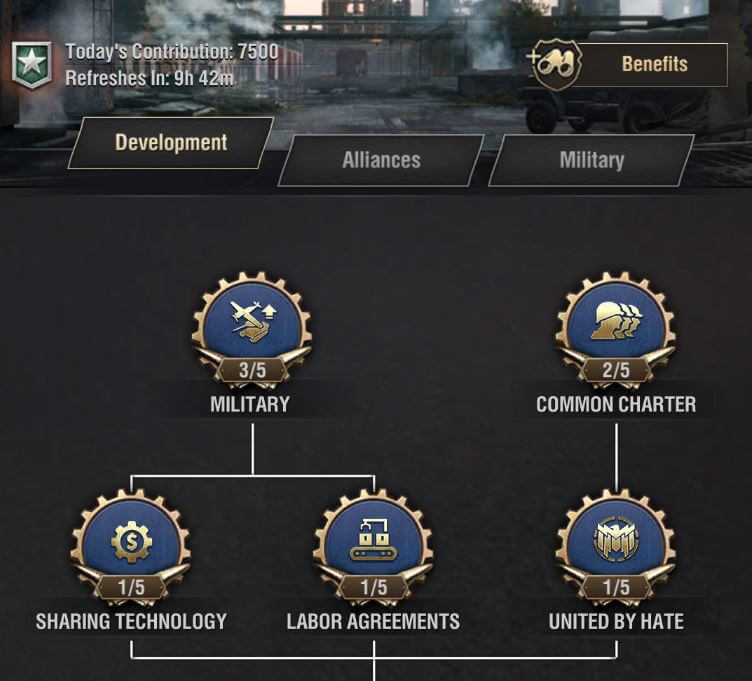 5. Not Joining an Active Alliance

Having a good alliance is the key to win the entire game!

No matter how strong you are, you will get defeated pretty quickly by a group of people fighting together, and vice-versa.

Make sure that your Alliance is active.

If your Alliance has a lot of inactive players and there isn’t too much activity every day, just leave it and find a better one.

Being in an active Alliance gives you a lot of benefits:

6. Focusing too much on Military Tech

Of course, we all want our units to be strong, that’s why a lot of players only (or mostly) focus on the Military technologies.

However, this is not the one you want to research first during the early game because the building/researching costs will increase exponentially and you will soonly be out of resources and don’t have everything left to invest in anything.

Unless you are planning to spend tons of money on the game, focus on the Industry tab so that you can farm and produce materials a lot faster. This is highly recommended for the long-term.

Without a good resource farming speed, you cannot do much after level 20.

A lot of new players love going all-in to tanks/artillery due to their huge damage output. However, infantry is one of the must-have part in almost all team compositions.

You want to have infantry in your team right from the beginning.

With their special bunker ability, Infantry is excellent at taking damage (tanking) for your entire team. Without too much investment, they can get the job done excellent even at a low level.

Percy and White Wolf have some special abilities for infantry specifically.

The Infantry self-healing ability allows you to stay long on the battlefield without having to return to the base a lot for healing. You can notice that they slowly do the healing after the combat.

Infantry is such a beast during the early-mid game. You cannot go wrong with the fully-geared infantry during this time.

At the moment, there are 150+ units in Warpath and a lot more are getting released soon!

At the beginning of the game, it’s recommended to not assemble any unit as the way assembling works in Warpath is pretty tricky for new players.

Only assemble via the green Assembling button located at the bottom left of the Assembling screen.

It’s recommended to test different types of units to see how they work, feel free to upgrade any you like, and try different team compositions. You will have a lot of fun as well as have a decent knowledge regarding the way different units work. You can reset any unit with just 20 Gold and get everything you invested in it back!

Just have fun and test different units first before looking around for the best working team comps!

There are 2 types of neutral units that players can attack on the map:

They have different powers and different rewards.

Defeating the individual Raven units gives you a small amount of the basic resources. The only time you want to farm the raven units is when the Urban Combat Plan event once requires you to kill 200 units.

Farming Raven bunkers is the best way to spend your action points! Defeating bunker level 1 is easy but it’s recommended to farm bunker level 2/3 with your Alliance members!

Raven bunkers offer loads of Rushes and Ammunition, which are both very important for your account growth:

10. Focusing on Farming/Combats Too Much

Although Warpath is a PvP video game, you shouldn’t always just focus on attacking other players.

You want everything to be balanced.

Capturing Villages, Transport Nodes, and other map objectives gives rewards. However, attacking other players doesn’t give you any rewards directly.

But you of course shouldn’t just focus on farming. You want to do some battles to help your Alliance grow the power, expanding the territory. The bigger your Alliance is, the bigger benefits all of the Alliance members get.

Above are the top mistakes most new players usually make when start playing Warpath.

Hopefully after reading this guide, you can avoid those mistakes and increase the power of your account a lot further and easier!